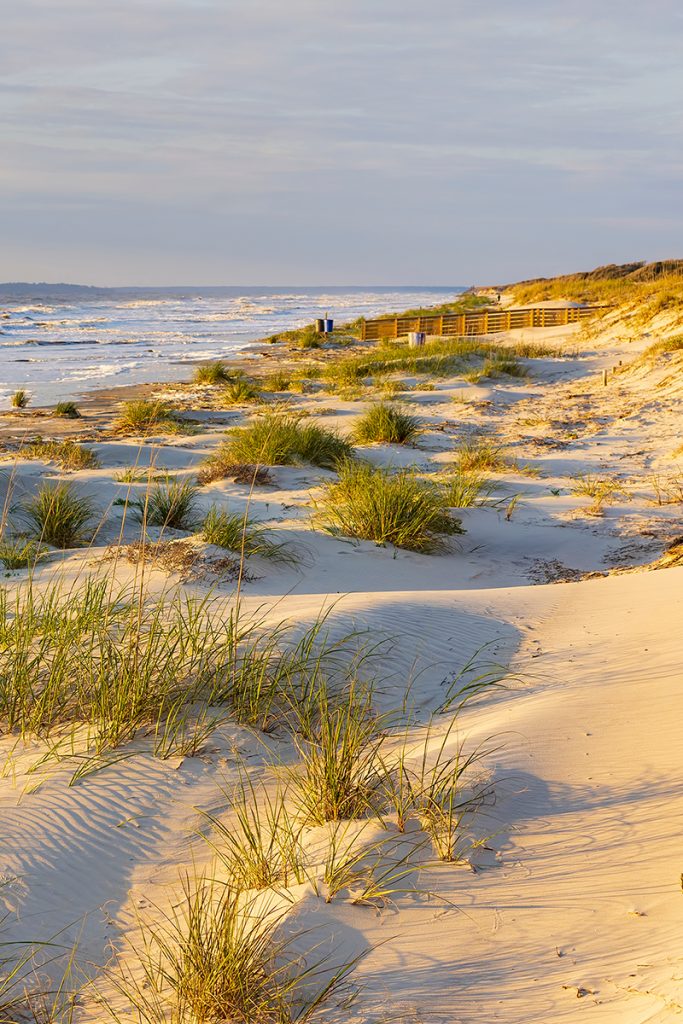 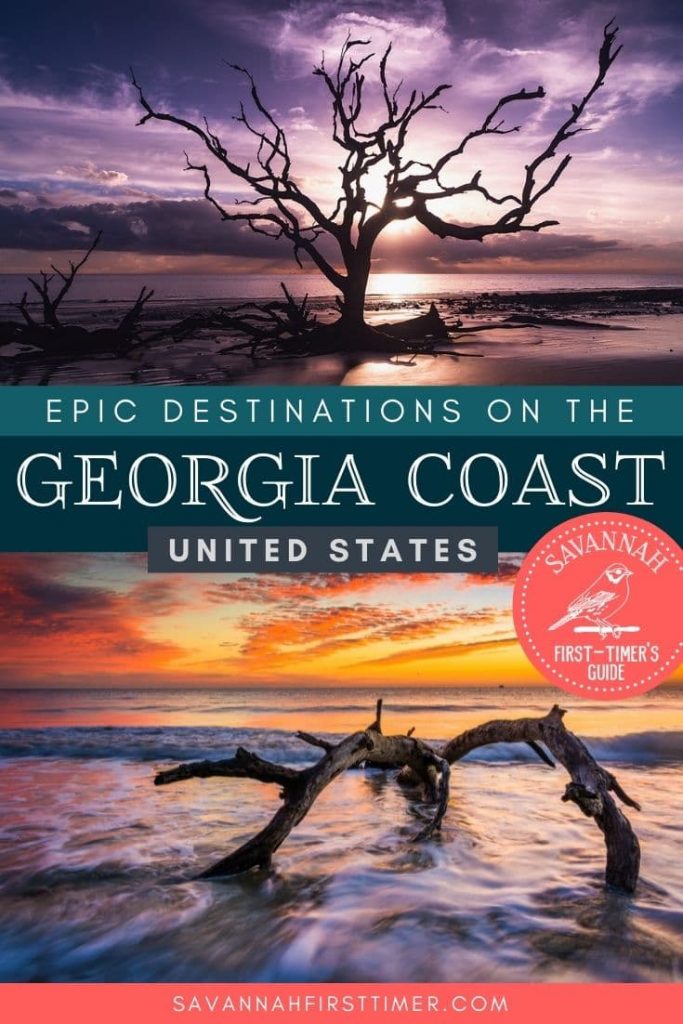 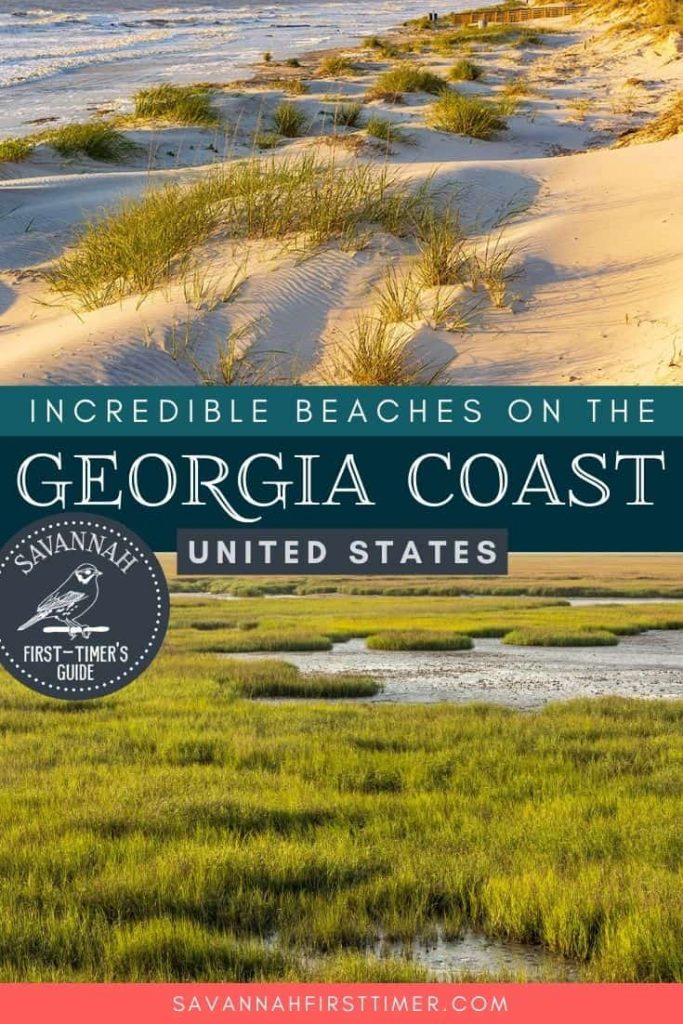 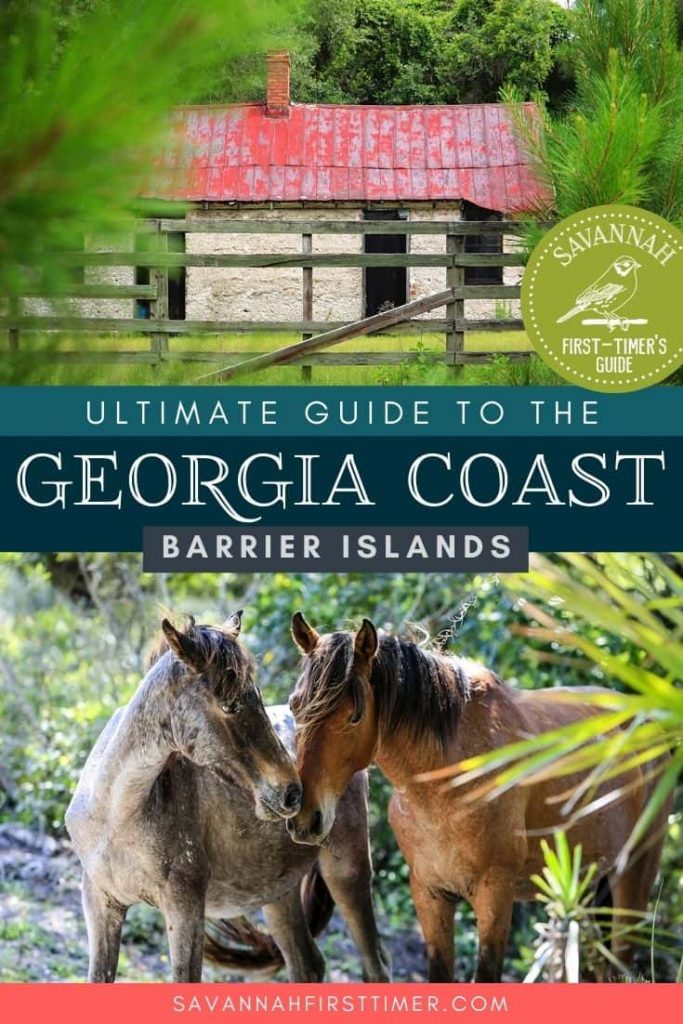 I’m thoroughly convinced the beauty of the Georgia coast is one of the best-kept secrets on earth. Sure, everyone who lives here knows how stunning it is, but outsiders don’t seem to have a clue.

From shrimp boats shrouded in fog docked along the banks of the Altamaha River to wild horses roaming the windswept dunes of Cumberland Island, the Georgia coast is largely free from commercialism and a nature lover’s dream.

Since I’m often asked the best places to visit along the Georgia coastline, I thought I’d break down the different options and list a few of my favorites to help you decide where to go!

Quick Facts About the Georgia Coast

The shoreline of Georgia is nicknamed the Coastal Empire, while the southernmost islands are known as the Golden Isles. Let me tell you…when the marsh grasses fade to brown in the fall and the sun slips low over the sandy beaches, you’ll understand where that “golden” nickname originates.

Of all the love I’ve known..and no matter where I roam…Georgia calls me home.

The Georgia coast can be divided into two types of beaches: the popular/touristy variety and the remote/natural variety. I’m much more a fan of the remote beaches, so just know in advance that my opinion tends to skew more towards those locations.

Tybee is the closest beach to Savannah, so it’s often referred to as “Savannah’s Beach”. It’s a popular stop for visitors who want to combine a trip to the Historic District with some down-time by the ocean. The vibe on Tybee is very laid back.

You’ll find cute and colorful cottages, plus lots of seafood restaurants and souvenir shops covering a good portion of the island. Tybee offers a little something for everyone, and the prices overall are reasonable — although visitors do tend to gripe about the parking fees.

As much as others seem to enjoy it, Tybee is one of my least favorite beaches on the Georgia coast. The quiet Back River area is my favorite spot, but other than that section it just seems like “any beach USA” to me. (Ha…clearly I’ll never be sponsored by the folks at Visit Tybee!! C’est la vie.)

Where to Stay on Tybee Island

Home rentals are usually the way to go on Tybee, since the hotel options aren’t that great. (It’s more fun to stay in a cute cottage when you’re at the beach anyway, right?) If you decide to stay in nearby Savannah, it takes about 20 minutes to drive to Tybee if the traffic is light.

While Tybee is laid back and accessible, St. Simons is a bit more upscale. If you like to spend your vacation days lounging by the pool, visiting the spa, and going out to dinner, then consider it the place for you. (I find it hard to argue with that kind of vacation!) You’ll find plenty of activities to keep you busy, from golf to tennis to chartered fishing excursions. Oh, and don’t forget the shopping! St. Simons has lots of boutiques and unique local stores. The food options are also abundant, with a mix of everything from fine dining to casual eats.

While you’re visiting, be sure to check out the mysterious tree faces carved into the beautiful old oaks on the island. There are about 20 of them scattered about, so it’s fun to go on a scavenger hunt to try and find as many as possible.

Where to Stay on St. Simons Island

Hotels and home rentals are plentiful on the island, and you’ll find everything from casual to luxurious options.

Jekyll was once known as the millionaire’s playground. Its famous Jekyll Island Club was long considered the most exclusive club in the world. Membership included prominent names such as the Vanderbilts, J.P. Morgan, Joseph Pulitzer, and the Rockefellers. Thankfully, these days it’s not so highfalutin’.

The state of Georgia purchased the island in 1947 and converted it into a state park, so you no longer have to flash your black card or know the secret handshake in order to set foot on its beautiful beaches.

Jekyll strikes a nice balance between commercialized and natural areas — although I’d say it leans a little more towards the natural side. (The state mandates that a certain percentage of the island remains undeveloped.) Driftwood beach is a wildly popular spot for photographers!

Where to Stay on Jekyll Island

There are plenty of hotel and home rental options on Jekyll Island. You can even stay at the former playground of the rich and famous! The Jekyll Island Club currently operates as a resort, and the fees (surprisingly) aren’t too high.

Barrier Islands on the Georgia Coast

These stunningly beautiful secluded barrier islands are largely unspoiled by man. Nature is the star of the show here! If you visit these destinations, you’ll find an abundance of wildlife, beautiful ancient oaks, and pristine beaches — but very few visitors.

Located towards the southern end of the Georgia Coast, Cumberland Island is designated as a National Seashore and is mostly undeveloped. Only 300 visitors are allowed at any given time, so it’s possible to wander around on the island and feel like you’re the only person there. The only cars allowed on Cumberland are owned by employees, so plan to walk or ride a bike everywhere you go.

What Makes Cumberland Island So Special?

…the wild horses. Just imagine resting beneath the branches of a majestic 200-year-old oak while watching untamed horses grazing nearby in the dune meadows. So peaceful. There’s a coffee table book called Wild Horses of Cumberland Island that showcases both the beauty of the horses and the island.

Where to Stay on Cumberland Island

You have two good options for accommodations on the island: either reserve a camping spot and sleep in a tent or stay in style at the Greyfield Inn. (I can tell you right now which one I’d choose!) You can also stay overnight in St. Mary’s and do a day trip to Cumberland.

Ossabaw is very unique and one of the most remote of all the barrier islands. You can still see a few former slave cabins on the island, and much of the land is undeveloped and still in its natural state. Ossabaw is considered a Heritage Preserve, so in order to visit you need to be going for the purpose of research or cultural studies.

What Makes Ossabaw Island so Special?

…the fact that it’s so fiercely protected. Very few people set foot on the island, and those who do are either wealthy donors interested in preserving it for future generations (by paying top dollar for controlled hunting and camping excursions), artists there to capture its beauty, or scientists visiting for research.

Where to Stay on Ossabaw Island

There are very few options if you want to spend the night on Ossabaw Island. You’ll need to arrange your visit and accommodations in advance through the Department of Natural Resources or the Ossabaw Island Foundation.

Much like Ossabaw Island, Sapelo is a barrier island almost exclusively owned by the state of Georgia and managed by the Department of Natural Resources. Access to the island is restricted, but guests are allowed to visit. The best way to get there by taking a DNR ferry from nearby Darien, GA.

What Makes Sapelo Island so Special?

…Sapelo is home to Hog Hammock, which is one of the few remaining intact Gullah Geechee communities in the United States. It’s a peaceful place where you can taste the salt in the air and hear the wind whispering through the Spanish moss.

The community is on the National Register of Historic Places, but the Geechee population has dwindled to less than 50 full-time residents in recent years. You can learn more from the Sapelo Island Cultural and Revitalization Society.

Where to Stay on Sapelo Island

Although there are a few home rentals available on the island, my ethics prevent me from recommending them. The rising costs of property taxes from homes being purchased and converted to vacation rentals are forcing the Geechee people off the island. Instead, I recommend staying at one of the following overnight options, both of which are managed by the Georgia State Park Service.

Little St. Simons Island has been privately-owned since 1760, but there is an eco-tourism lodge available if you want to visit. You’ll practically have the island to yourself if you go, since no more than 32 overnight guests are allowed at one time.

…its unhurried pace and the plethora of opportunities to interact with nature. There are naturalists on the island who offer guided tours for birding, kayaking, nature walks, and more. This is one of those places where you can go to clock out, forget about your worries, and just relax with nature.

Where to Stay on Little St. Simons Island

You can either stay in the lodge or choose a cottage if you want more privacy. Overnight camping is not allowed. This is also one of the few islands on the Georgia coast where you can rent the entire island!

This small, family-friendly community is located on the outskirts of Savannah and is situated along the picturesque banks of the Skidaway River. It’s an affluent area that was originally designed as a summer retreat for Savannahians. The suburb’s location on a bluff overlooking the river provides nice coastal breezes, and the massive oaks on the island are draped in thick tufts of Spanish moss.

Bluff Drive is the most well-known location on the island. It’s a beautiful, narrow street that overlooks a horseshoe-shaped bend in the river. It’s a popular spot for photography and sunset strolls. You might also recognize it from a few tv shows and movie scenes.

What Makes Isle of Hope so Special?

I find it so relaxing to stroll down Bluff Drive on a misty morning with my camera in-hand to capture beautiful shots of the old oaks lining the street and the sailboats docked along the river. Isle of Hope is incredibly beautiful in the springtime when the azaleas are blooming and during the Christmas season when homes are decorated for the holidays. The sunsets at the marina are also very pretty.

Where to Stay on Isle of Hope

There aren’t any hotels on the island, and there are only a handful of vacation rentals are available. Most homeowners live there full-time, which is one of the reasons Isle of Hope has such a welcoming feel. It’s best to stay in Savannah and make a day trip to the island.

Related Reading: Where to Find the Best Christmas Lights in (and around) Savannah

Those of you who frequent this site know I always like to include insight about the various ways tourism affects locals. While there’s no doubt visitors stimulate the economy along the Georgia coast, some of the side effects from tourism aren’t so great for the environment.

If you’re fortunate to have both the funds and free time to travel, maybe you’ll consider contributing a little (or a lot!) to any of the following organizations that focus on preserving Georgia’s beautiful coastline and the heritage of its people.

If you’re planning a trip to the Georgia coast and are interested in seeing Savannah while you’re in the area, my Savannah First-Timer’s Guide has all the information you need to plan your trip!